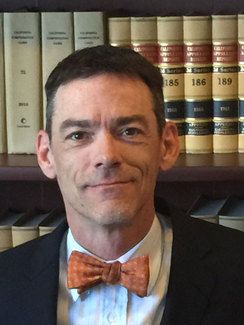 Workers' compensation attorney Byron Smith is a 1993 graduate of San Francisco's New College of Law. He has represented injured workers since before he graduated from law school. He was involved in legal clinic work, including criminal defense, workers' compensation and housing matters. Before forming Smith & Baltaxe, LLP, Mr. Smith was managing partner of the Law Office of Anatole Zachs. He worked as an Associate Attorney for the Zachs firm, starting in 1993. He represented injured workers in all types of injury cases before the Workers Compensation Appeals Board and the Department of Labor. In 2000, he became Partner of the Zachs firm. He later managed the office, which was located in San Francisco's Inner Sunset District on Irving Street.

*Disclaimer: the information provided by this website is for informational purposes only and should not be considered legal advice or a substitute for competent legal counsel.